Impressive!  Our latest effort has been the engineering, design, approval and construction of the water system for the Chontales development.  High in the mountain jungle behind Chontales is a large artesian mountain spring.  Over the past 5 months a posse of our workers hand carried over 100 tons of cement, rebar, miles of PVC piping and wood to make forms deep into the jungle.   These materials have been transformed into a collection system capable of delivering over 40 liters per second of clean artesian spring water.

END_OF_DOCUMENT_TOKEN_TO_BE_REPLACED

With the move to open the telecommunications market to international competition, Costa Rica's monopolistic telecom company ICE is racing to get 3G towers and new cell phone and internet services throughout the market before the competitors start offering services.  Grupo ICE, which stands for Instituto Costarricense de Elictricidad, has had a monopoly on all electricity needs, telecom needs and internet.  Under the new CAFTA regulations, competition is now set to enter the market and start offering services in both telecommunications and internet.  New subscriber agreements with major telecom service companies in the US will soon be reality.  Now maybe our Verizon, AT&T and other phones will finally work in Costa Rica.

END_OF_DOCUMENT_TOKEN_TO_BE_REPLACED

Coffee is King in Costa Rica

Economic Activity - What has been the most important factor in the economic activity of Costa Rica is the cultivation of coffee. Although it no longer has the prominence it once held, coffee production surpassed all other crops in importance in 1829 bringing Costa Rica out of poverty. Even though coffee is still an important export, in recent times electronics, pharmaceuticals, software development, and ecotourism have become the prime industries in the economy.

Coffee cultivation was first undertaken on a large scale by a small group of planters shortly after Costa Rica's independence from Spain in 1821.  Earlier, in the first half of the 18th century Costa Rica's trials with coffee were unsuccessful.  Relatively isolated, Costa Rica was on no important trade route nor was it a regular port of call. Furthermore coffee was processed in Chile and shipped to Europe where it was sold as Chilean coffee at prices which seemed exorbitantly high to the Cost Rican planters.  However in 1845 a British ship owner gave them direct access to the English market elevating Costa Rica from the country with the worst economic conditions in Central America to far surpassing the other nations in prosperity.  The British, in fact, were the principal purchasers of Costa Rican coffee until late in World War II.

END_OF_DOCUMENT_TOKEN_TO_BE_REPLACED 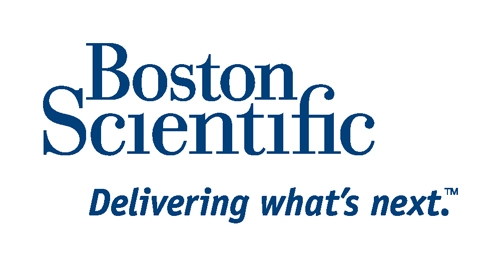 Boston Scientific, based in Natick Massachusetts, recently announced plans to double the size of their manufacturing systems in Costa Rica. The company is closing its facility in Doral, Florida eliminating 1400 jobs.  The firm is investing over $30 million dollars in the new facility in Alejuela, just outside of San Jose.  The company cited the availability of skilled labor and lower labor costs as the primary reasons for the move.   Boston Scientific began manufacturing in Costa Rica in 2004, currently employing over 1700 people in the country with plans to double that number in the next two years.  The company makes medical devices including a variety of medical delivery systems, stents, catheters, graft materials, suture devices, implantable cardiac remote monitoring units and gastrointestinal related devices.  The firm produces nearly 26,000 different items from 17 plants worldwide. The company is publicly traded on the NYSE with sales in 2008 of over $8 billion USD and 24,800 employees worldwide.

END_OF_DOCUMENT_TOKEN_TO_BE_REPLACED

Although President Oscar Arias signed the order to build the new international airport in the Southern Zone almost two years ago, not much has happened since.  We keep checking around Palmar Sur, stopping at the airport there now and asking questions about when to expect the new airport.  Recently the staff at the existing airport seemed excited when I asked again.

END_OF_DOCUMENT_TOKEN_TO_BE_REPLACED

Costa Rica aims to be the first carbon neutral country in the world!

The Costa Rican government is developing plans to begin offsetting all of the country's carbon dioxide emissions, the news service La Nación. Environment and Energy Minister Roberto Dobles said Costa Rica aims to reach this goal using budgeting, laws, and incentives, including measures to promote biofuels, hybrid vehicles, and clean energy. Another key component of the national strategy will be a "C-Neutral" label to certify that tourism and certain industrial practices mitigate all of the carbon dioxide they emit. Under the new certification system, tourists and businesses will be charged a voluntary "tax" to offset their carbon emissions, with one ton of carbon valued at $10, according to La Nación. The money will be used to fund conservation, reforestation, and research in protected areas. To augment the development of C-Neutral, the country is cultivating a carbon certificate market that aims to not only boost carbon capture and storage in the nation's forests, but also help maintain their scenic beauty. In 2002, Costa Rica's carbon dioxide emissions from fossil fuels totaled 5.8 million metric tons, according to the Carbon Dioxide Information Analysis Center, ranking it 108th in the world. Delegates at a recent United Nations meeting in Nairobi, Kenya, noted that they were watching Costa Rica's initiative and hope to replicate it in other regions.

END_OF_DOCUMENT_TOKEN_TO_BE_REPLACED

Bridge Update:  All the major bridges from Jaco to Dominical are now completed.  The new bridge is now open in Parrita though they still have it a bit constricted while they finish the striping and guard rails but you no longer have to wait at the one lane antiquated bridge to cross the river.  The bridge across the Sevegre River has now been fully widened to two lanes and only waits for center lane striping and reflectors.  The bridge across the Naranjo River just south of Quepos is now fully operational, two lanes wide and even has some break down space.  The only bridge left to be completed is the one lane bridge by the town of Hatillo, which was only installed a few years ago and is close to Dominical.  This is welcome news for the southern region since an antiquated hammock bridge recently collapsed in the central region on the Tarcoles River.  It also speeds the trip to Ojochal.

END_OF_DOCUMENT_TOKEN_TO_BE_REPLACED

I traveled twice this week down the southern section of the Costanera Highway from Quepos and Manuel Antonio to Dominical and here is my update.  As many of you may know, the road has been a huge engineering project requiring not only hundreds of thousands of cubic tons of stone to build the road bed but also the construction of multiple bridges over the roughly 20 mile stretch that is now nearly complete.  The final finish coat of pavement is now being installed on most of the road and at this point only about 3 miles by the Hacienda Baru (just north of Dominical) remain unpaved.  Traffic has been shifted to the new road bed by the Hacienda Baru Reserve and the bypass around the small town (pueblito) of Hatillo is also now open so you don't have to drive through the center of Hatillo any more.  The drive time this week (November 2009) was less than an hour for the entire stretch.  The bypass behind Quepos is also now open with final coat pavement and the only thing missing seemed to be the curb stone along a few points of the sidewalks and the center line and yellow side line painting and reflectors. Much of the guard rail is already in place as well.  The paving was contracted to three companies and it is fairly obvious that two out of three have nearly completed their mission, while the third is not far behind.  I saw a big increase in tractor trailer traffic along the stretch since the Costanera is a much better alternative than the InterAmerican Highway over the stretch known as the Cerro De La Muerte (passage of death).  Truck traffic will increase along the coastal route as more drivers realize they avoid the climb to nearly 11,000 feet above sea level on the Cerro and also avoid having to pass through San Jose on thier trip north.  The new toll road from San Jose to Punteranas is also now open from Puntarenas all the way to Orotina.  The missing piece between Orotina and San Jose is expected to be completed by early 2010.  The toll booth is now open and the toll for automobiles is about 500 colones.